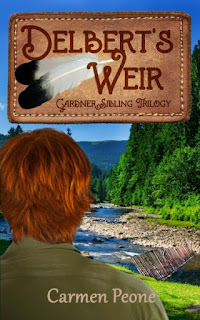 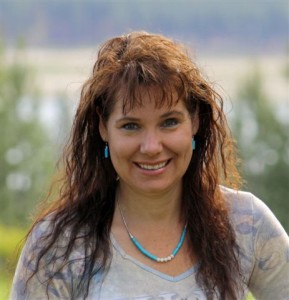 Posted by Brigid Amos at 5:37 PM No comments:

Tessa Emily Hall ~ Christ is Write: YA Author Spotlight & Interview: Brigid Amos, Auth...: Having a mother with a past is never easy. For Ruthie Conoboy it becomes the struggle of a lifetime in 1900, the year T...
Posted by Brigid Amos at 4:16 PM No comments:

Kimber Leigh Writes: Researching A Fence Around Her by Brigid Amos

The Sound of Summer

(Author's Note: Yes, I have been a negligent blogger, but Nebraska Notion is back! Here is a post that is a year late, but to a Brood IV Cicada, a year is nothing. Enjoy!

They say that smell is the most evocative of the senses. The mere whiff of a scent closely associated with our past can, if only for a moment, speed us back in time and space faster than any invention H.G. Wells could have conceived. For me, sound is also such a time hopping vehicle, often as fast and efficient as smell. An old song comes on the car radio and I am on summer break from college, driving down a different highway in a different state, and the song is new and climbing the charts. The cacophony of children playing during recess at the elementary school on the corner carries me further back in time, to a blacktop far away, full of children who are now on the final lap of their careers, playing with their grandchildren, caring for elderly parents. Some may no longer be alive, a sobering thought. This past June, I took such a sound-powered journey back to the summers of my childhood courtesy of the very loud and rather large insect known as the Cicada.

It all started when I opened the Lincoln Journal Star on May 25th 2015 and read an article entitled “Cicadas emerge after 17-year sleep.” The article said that Brood IV, commonly referred to as the Kansan brood, was about to emerge for the first time since 1998. I moved to Nebraska from California in late summer of 1998, which is why I was completely oblivious to Brood IV. The article explained that some species emerge every seven, thirteen, and seventeen years. They mate and die in about three weeks. The females inject their eggs into tree branches, and the baby Cicadas crawl down into the tree roots where they molt and complete their development. So this brood will hang out underground until 2032. It is amazing what a species will do to survive!


We missed the actual emergence, but saw much evidence of it. That was fine with me. I was there for the sound. I grew up on the East Coast in New Jersey and Connecticut. We must have had a lot of yearly emerging cicadas, because that huge chorus of rapid ticking seems to be the base track of the soundtrack of my summers. But I wonder if I had witnessed one of these broods that emerge only once in a while. One of my most vivid memories of growing up in Madison, Connecticut is of walking down Horse Pond Road passing a dense thicket of trees and bushes. Apparently, in order to not go completely insane, I had learned to tune out the cicadas. But suddenly, I became aware of this wall of sound and turned to stare in wonder into a large bush by the side of the road. The sound was overwhelming, deafening, like standing under a jet airplane right before it takes off. How was it that I had tuned out this sound before?

So on a warm muggy evening in June, by husband and I set out for Platte River State Park in Louisville, Nebraska for a “cicada hike.” Even with the windows closed and the air conditioner on, I could hear them whenever we passed a clump of trees at the edge of the fields along the road to the park. And when we parked the car and opened the door, I was back in a childhood summer, daydreaming to that cicada symphony.

I don’t know where I’ll be in 2032, so I don’t know if I’ll hear Brood IV again. At the end of our visit, my husband and I decided that once in a while, we’ll pack a picnic dinner and go hiking at Platte River State Park, and when we do, it will be nice to know that Brood IV is there, safe underground.