An Evening and a Morning in North Platte, Nebraska You can't see the town of North Platte, Nebraska from the I-80 exit. What you can see there are the repositories of the four great necessities of interstate road tripping: fuel, coffee, food, and last, but not by any stretch of the imagination least, restrooms. Since the recent addition of a Dunkin Donuts, there is also available respectable cappuccino and what I like to call ring-shaped energy food. A mysterious fort-like structure also presides over the exit, and I believe its purpose is to tire out unruly children and make them fall asleep in the minivan as the family pushes forward to Yellowstone or to wherever else they are traveling. I used to think that this scattered collection of gas stations and chain restaurants was North Platte. Back in May, my husband and I took a trip out west that happily shattered my misconceptions. 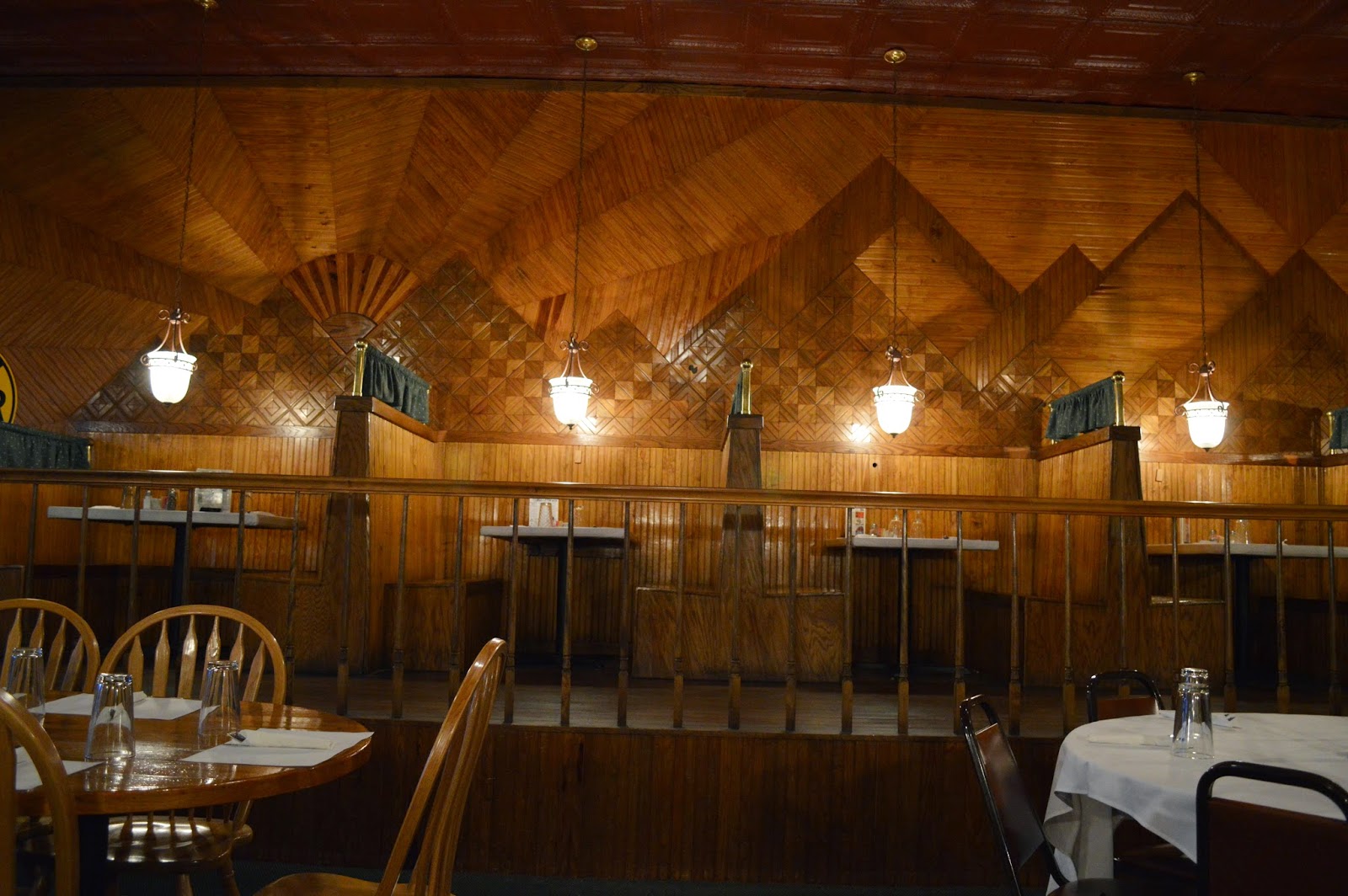 We arrived fairly late at the hotel, with just enough time to catch dinner at the Depot Restaurant where I had a most delicious salmon salad and photographed the stunning woodwork that gives the place a cozy feel. We liked the place so much that we returned the next day for lunch, and vowed to always try to eat there when we pass by the North Platte exit around meal time.

After dinner, we decided to stroll around the quiet downtown. Not expecting to see much in the way of nightlife, it was quite a surprise to turn a corner and find ourselves dazzled by the Vegas-style bright lights of the old Fox movie theater. The neon display drew us like hapless moths down the street and into the vestibule. It seemed that an event was just ending, and as I searched the posters for some clue as to what we had missed, Bob peeked through the glass of the lobby door and spotted a guitarist signing CDs. I was so distracted by the information on the walls of the vestibule that I never saw the musician. It turned out to be John Davidson, that perpetual passenger of The Love Boat and purveyor of the wacky on That's Incredible. He was performing for season ticket holders of the North Platte Community Playhouse, and it was somehow comforting to know that this guy who once seemed ubiquitous on television was still plugging along as a live performer. 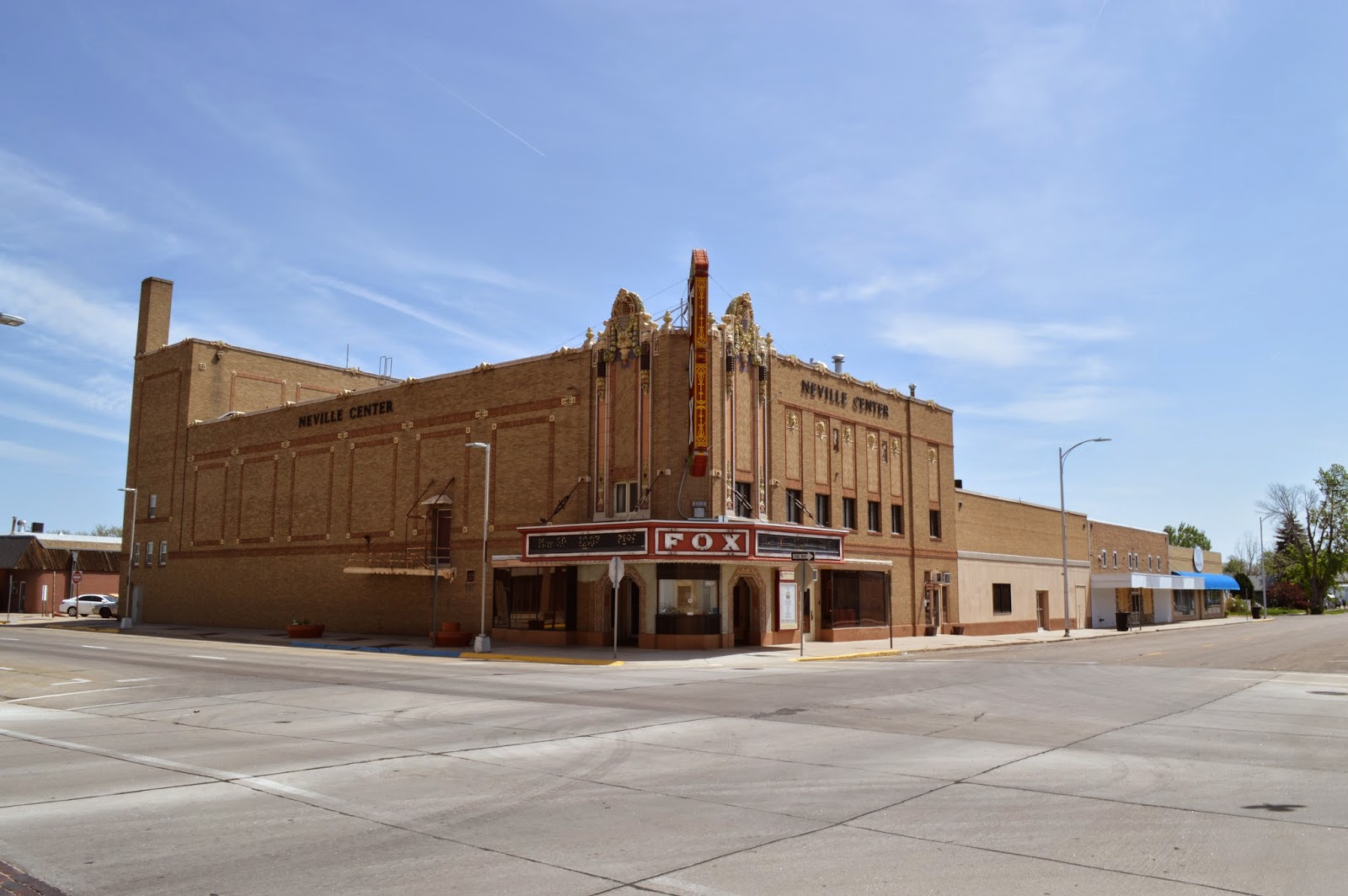 The next day, we spent most of the morning lost in the literary wilds of A to Z Books, a cavernous repository of used books with a small selection of new books mixed in for good measure. The clerk was extremely helpful and friendly, but the inventory was not computerized. It is difficult to believe that a bookstore could operate like that in this day and age, but I really can't blame them. When I looked around at the long walls of tall bookcases stuffed with books on all subject imaginable, when I thought of the daunting task of entering the seemingly endless titles into a computer database, when I thought of even starting such an undertaking, I could easily understand the urge to join the literary luddites. So we were forced to spend hours at A to Z, drifting from bookcase to bookcase, scanning the spines, and pulling out random books to peruse. All in all, a pleasant morning well spent. 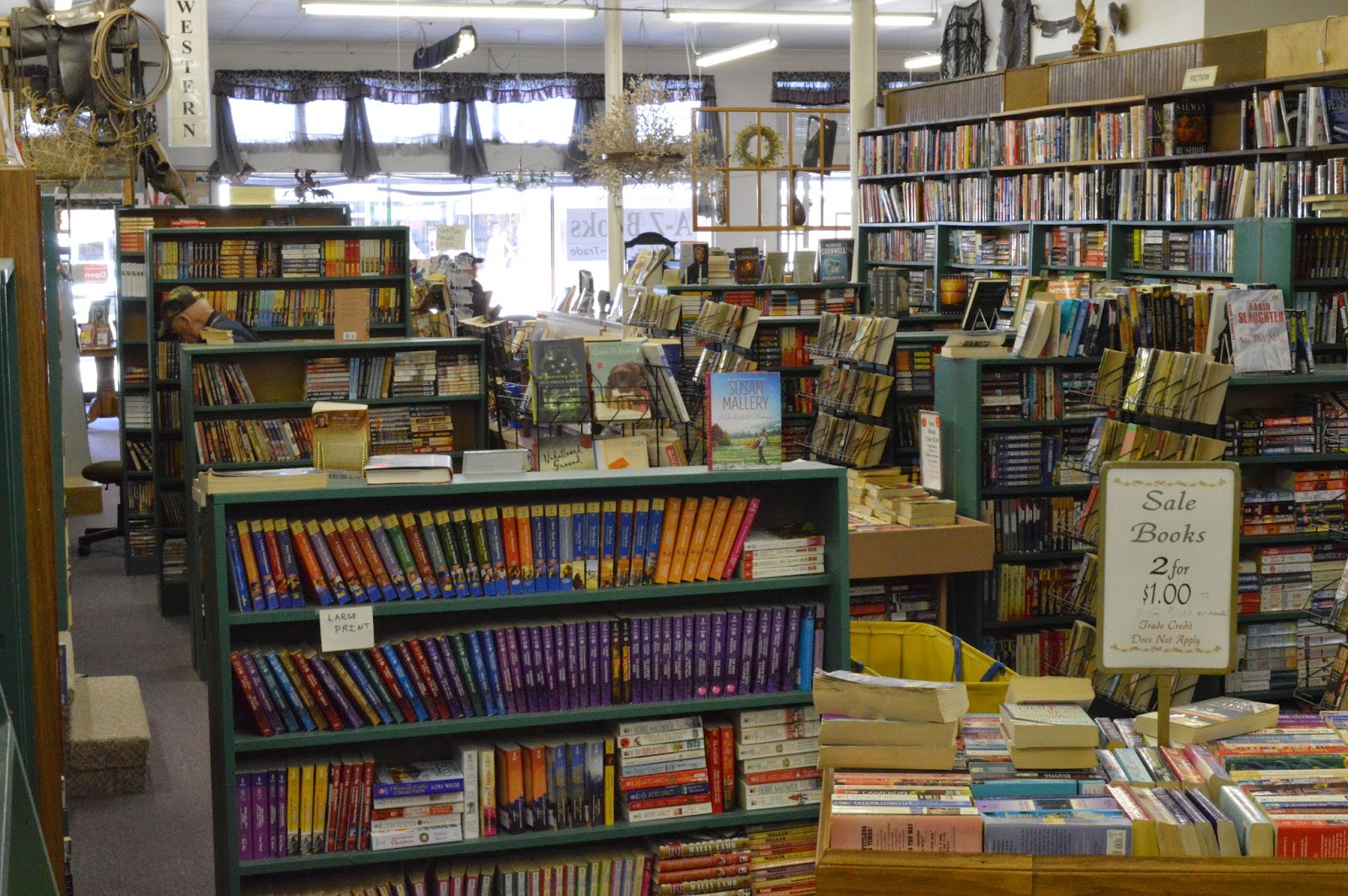 Posted by Brigid Amos at 1:13 PM No comments: